Shells and galaxies curl in spirals, stripes run down on the sleek hide of tigers and zebras, waves and sand dunes rise in crescent shape. Some patterns – like the leaves of a palm tree – win you over with their strong, simple lines, others – like crystals and snowflakes – with their intricate geometry. And mankind copies nature: floral motifs proliferate in embroidery, decorative tiles combine into complex matrices, spiral staircases rise towards glass ceilings. The geometry of architecture, natural symmetry, repetition and variation…

The beauty of patterns seduces the eye and the mind.

The Problem with Patterns

The problem with patterns (natural or otherwise) is that when you start to think about them instead of merely looking, your mind boggles.

Take for example Plato, some 2500 years ago: he tried to explain patterns. I wish you joy in reading Plato – but personally I’d rather go hiking on a sunny Saturday morning. We could look to Pythagoras for enlightenment instead; he was a mathematician and we can’t deny that patterns and mathematics go hand in hand. But once you start down that road, you will inevitably end up with this:

I think the version below is rather more pleasant to look at:

(A-ha, I thought you’d recognise that.)

Do we really want beauty explained in complex mathematical formulae?

Some of us do; I probably don’t. But as Mr Anglo-Saxonist likes to point out – somewhat patronisingly, IMO – I was an arts student. So we’re going to do this the arts student‘s way.

In between Pythagoras and Mandelbrot there was Fibonacci and his highly entertaining rabbits. You’ve heard of the Fibonacci sequence: 1, 1, 2, 3, 5, 8, 13…?

Fibonacci was an Italian mathematician in the Middle Ages and he took a metaphorical pair of rabbits, plonked them down in the middle of a metaphorical field and let them get on with it. (With you know what.)

Then Fibonacci asked how many rabbits would there be by the end of the year.

Don’t bother with foxes, rabbits frozen in the headlights of cars (in the Middle Ages?!) and sundry other considerations (“Is this a carrot field we’re talking about?”)… You will not be able to solve the problem empirically with real rabbits in a carrot field, because, quite frankly, Fibonacci set biologically impossible conditions for the rabbits. We’re talking immortal rabbits here, who breed strictly to rules laid down by Fibonacci.

The story of Fibonacci’s rabbits is told in a delightfully un-mathematical book, The Rabbit Problem by Emily Gravett. Ostensibly a children’s picture book, the humour and the references in The Rabbit Problem would be totally wasted on anybody under the age of 12. The plot, illustrated on a picture calendar (complete with hole so that you can hang it up), runs from January to December: in Fibonacci’s field a pair of rabbits and their descendants breed, grow carrots, churn mud, complain of the weather and despair of the overcrowded conditions until finally they break out, ending Fibonacci’s sequence. The story, the expressive drawings and the design of the book will entertain any child but the real fun is in the details that only the adults will pick up on: the World War II ration book, the allocating of chores, the knitting instructions for a hoodie. You don’t have to be interested in mathematics, rabbits or Fibonacci to enjoy it.

The Fibonacci sequence is a deceptively simple thing: to find the next number in the sequence, you just add up the previous two. Try it; if you got 21, you rocked it. This method could be a bit tedious if you wanted to find the 192nd term of the sequence of course but if you want to do that, you’re probably a mathematician in possession of the magic formula involving the golden ratio (and a calculator).

But what has the Fibonacci sequence got to do with patterns?

Chambered nautilus shell by Jitze Couperus via Flickr. [CC BY 2.0] 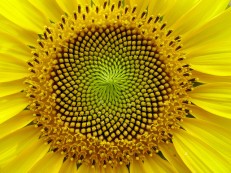 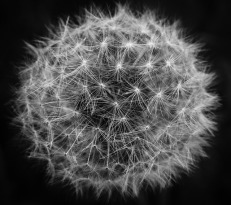 Nature teems with examples of Fibonacci patterns. And so does art and architecture.

(We’ll talk about Owen Jones and The Grammar of Ornament on another day.)